We were recently contacted by Gordon Kennedy's son, Ian Kennedy, telling us of his father's upcoming 90th birthday. Gordon and his late wife,...

The Club supported the event in three ways, the first way was a social day for some members as wed block booked a couple of rows of seats in corner 3 for club members, partners, friends and family and enjoyed an afternoon of racing (even if a couple of the wives sloped off to Westfield after a while). 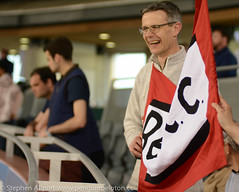 The second way we supported the event was taken on by our Club President, who was racing. Unfortunately with a smaller track compared to Herne Hill, less riders are allowed on the track at any one time so James only had two races. The first was heat one of the Golden Wheel scratch race, which sadly didnt go to plan with El Presidente finishing two laps down. 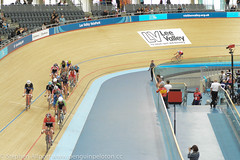 We'd like to say El Presidente is about to lap the field.

The second race was the Devil where James decided to avoid the Laura Trott approach of floating at the rear of the peloton and kept himself in the front half of the bunch for most of the race with a good few laps on the front ultimately finishing seventh a result he admitted afterwards he was much happier with having ridden to a plan. 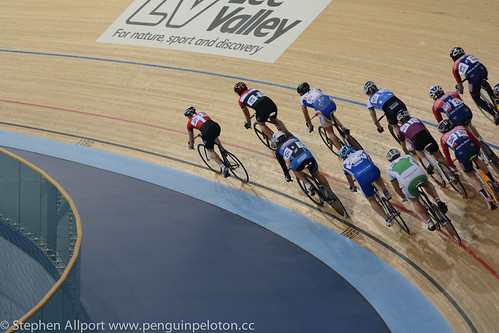 Leading from the front again.

The third way the Bec supports the event is by proudly sponsoring the Ron Beckett Scratch Race. Ron was a stalwart of both the Club and the Good Friday meeting and the feeling of the Club was he would have been chuffed to watch Joe Truman attack with a lap and half to go for a solo win. 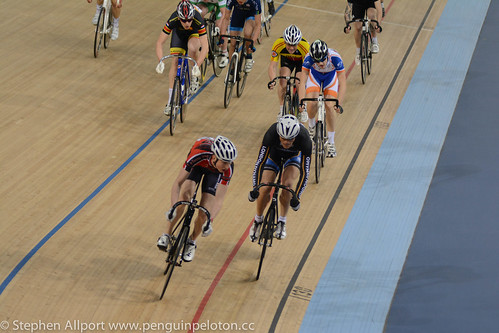